Congress is a well known party, which is known to take the “benefits” out of the serious issues of the state Punjab. When SYL issue was raised, congress leaders (out of nowhere) tried their best to take the “credits”, even when everyone knew that it was the party who initiated the issue. Something like this happened again when it came to the appointment of separate Chandigarh administrator.

On Wednesday, KJ Alphons, a retired bureaucrat and BJP leader was appointed as the independent governor Administrator for the Union Territory by the centre government. With this appointment, an old matter of Punjab-Chandigarh got heated up, and so the political environment of Punjab. As per Rajiv-Longowal accord, Chandigarh was to be transferred to the state Punjab, which never happened. 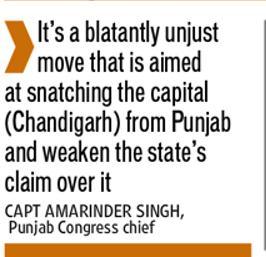 Considering this opportunity as a “golden” one, Captain Amarinder Singh “strongly rejected” this action of the central government but instead of getting the praise and appreciation, all he received was heap of questions and allegations from the people of Punjab. They blamed Captain and Congress for the division of Chandigarh and Punjab. People asked Amarinder to give clarifications on the 25-26 January 1986 incident, when Congress betrayed the trust of Punjab by making Chandigarh a union Territory instead of transferring it to Punjab. People would definitely want to know that why former CM  did not give resignation from the Congress party for doing  partiality with Punjab.

Akali Dal members, however, took the charge again just like SYL and warned the centre government to not to appoint any other administrator to Chandigarh. Now, the governor of Punjab is given the duty (additional) of Chandigarh administrator.

So, it’s high time when congress and Captain Amarinder Singh needs to understand that “blaming” others and “doing nothing” won’t help you in getting votes from Punjab. 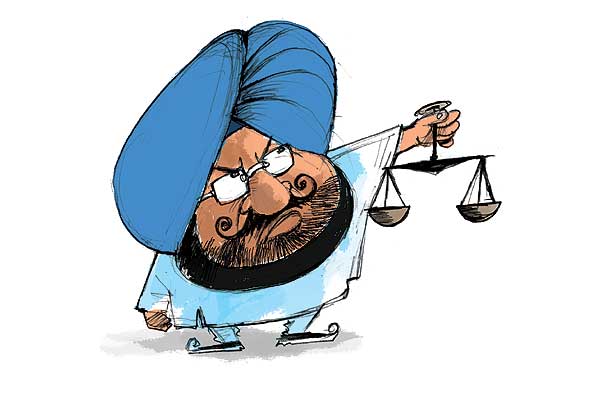 Misguiding people in his programmes by making unrealistic promises

Punjab Pradesh Congress Committee President, Capt Amarinder Singh has been building the castles in the air by making foolish statements to the people.

While attending the programmes in Punjab and Chandigarh, the PPCC president is promising the people like a Chief Minister of a state makes commitment with the people. During the programmes, whenever someone asks for something, he immediately comes up with a solution. Amarinder say, “I will form a committee or look into the matter.”

Duping people on drug menace which is not exist in Punjab

While attending a programme in Chandigarh, Amarinder tried to misguide the students and talked about the problem of drug menace in Punjab. He said, “I will set up a Special Investigation Team to nip the problem in the bud.”

The foolish former CM of Punjab has forgotten that he has not won the election and moreover, in which capacity he will set up a SIT. The ignorant PPCC President is not aware about the Narcotics Control Board which is already working in the state under the headship of an IG level officer.

The former CM has forgotten that he was the first one who had written a letter to the party high command accused his old friend and former PPCC President Partap Bajwa for his links with the militants and drug peddlers.

Amarinder Singh was attending an interaction programme with the students in Chandigarh and during the session, he promised the students that he would bring Lok Pal in the state. However, he has forgotten the fact that Congress government was against the Anna Hazare movement in which Hazare had demanded Lok Pal. He has also promised to end nepotism in the Congress party. He himself is promoting his grandson Nirvan Singh and soon he will announce his entry in politics.

The Congress party is not even exposed in the cases of corruption in the state but now the party going to face the ire of Congressmen as PPCC President has decided to launch his grandson in political arena of the state.

Capt Amarinder Singh after his son Raninder Singh has decided to launch his grandson Nirvan Singh to politics as the oldest party would continue the tradition of dynasty politics.

Nirvan would be inducted in Amarinder’s brigade

According to the sources, Nirvan Singh, the grandson of Amarinder who is the younger son of his daughter Jai Inder Kaur is being taken to the rallies and public programmes by Amarinder Singh. The incumbent PPCC Chief has not announced his name formally but he is getting proper training from the strategist Prashant Kishore.

The party sources revealed that the grandson would be inducted in the top brigade of Amarinder and moreover, he has been assisting the social media team of PPCC Chief.

Recently, Amarinder, in a stance against dynasty politics, had announced that Raninder was no longer interested in politics. But reality is different from Amarinder’s statement. Raninder proved a failed politician and Amarinder insisted Nirvan to enter into politics so that the concept of dynasty politics could be continued. Earlier, Amarinder’s brother had quit the Congress party so Nirvan is the only hope of Amarinder now.

A postgraduate in International Relations from a UK-based university, Nirvan is seen accompanying his grandfather to Delhi and Chandigarh.

Nirvan admitted that he is supporting his grandfather

Nirvan told a newspaper reported, “I found my grandfather not doing enough to utilise the social media to reach out to the masses. I started managing his Twitter and Facebook accounts ever since.” So what we will call it dynasty politics or something else. In Congress high command, the dynasty politics prevails and in Punjab Congress the same things is happening.