PPCC President has turned to be a savior for his party members. Recently, Congress MLA Tarlochan Singh Soondh hurled a shoe at revenue minister of the opposition party during the last session of assembly for which he had to face a lot of criticism from all over the country.  However, a day after this incident, Amarinder Singh- The Savior, appeared to justify the action of his MLA and said,” Our legislator got emotional and reacted,” 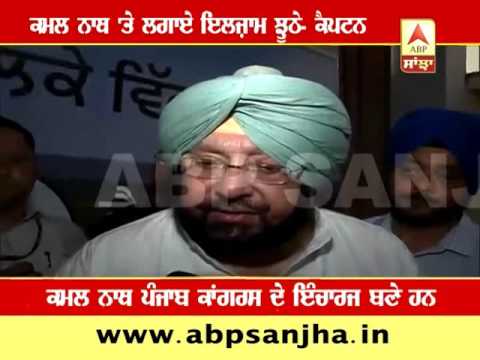 This is not for the first time when Captain Amarinder Singh has given clean chit to his party members, before this he defended alleged perpetrator of Sikh genocide that happened in 1984, Jagdish Tytler by saying, “I am not the CBI, I am not the court. I am telling you what I saw, and felt. I was in Delhi, and went to all the camps, and everyone I met took all these names that I have told you, except Jagdish Tytler. When did Jagdish Tytler’s name come up? It came up when he was fighting Madan Lal Khurana in Delhi, and that was months later.”

Not just his party members, he showed his love of “clean chits” to the rebelled members of the other parties as well. Here, we are talking about Succha Singh Chottepur, PPCC president defended and gave the clean chit to the ex- convener of AAP by saying that he had an “untarnished record of 40 years in public life”.

So, next time when you commit a mistake but don’t want to accept it, consult PPCC president, Captain Amarinder Singh, he would be happy to give you “CLEAN CHIT”. Don’t hurry, this offer is not limited.

PPCC President will go to US, Canada to “expose AAP” or “meeting AAP leaders”

The Punjab Pradesh Congress Committee president Capt Amarinder Singh going to turn himself a Congress agent who would tour to US and Canada especially on the political inspection. It’s not an inspection tour but he would meet the AAP leaders as the Congress and AAP parties are hand in glove with each other.

Amarinder would visit US and Canada for his political honeymoon. As per the information, he is spreading the rumours that he would expose AAP party in US and Canada.

What a stupid idea of “political inspection” in Abroad?

Capt Amarinder Singh had given a statement to media that he would check the activities of AAP party in abroad. Moreover, he would inspect the wrong doing on AAP in abroad. After the proper inspection, the Punjab Congress head will expose AAP in US and Canada. What a stupid idea he has floated among the public? The poll strategist of Congress, Prashant Kishore has gone mad and suggesting such non sense tricks to misguide the public.

Capt forgets that he has to command his party for Punjab polls, not for polls abroad

Capt Amarinder Singh gave his statement that he would go abroad the expose the AAP in front of NRIs. He has forgotten that he would have to command the party for Punjab polls, not for the polls abroad. Instead of spending time in Punjab state, the PPCC President preferred to go abroad with his fake idea of political inspection. The infighting within the party is still on and he has scheduled his tour in US and Canada.

Capt Amarinder will meet AAP leaders, both parties are hand in glove with each other

The foolish idea of political inspection was floated by Kishore to mislead the people of Punjab. The incumbent PPCC President has scheduled his meetings with the AAP leaders in US and Canada so that people could not suspect him. It is now proved that the AAP is the second part of Congress. In a month long tour, the former CM would meet Sucha Singh Chotepur and other leaders including the AAP supremo Arvind Kejirwal.

“It would not be wrong to say that the grand old party of the country, Congress is following the footsteps of AAP in Punjab” 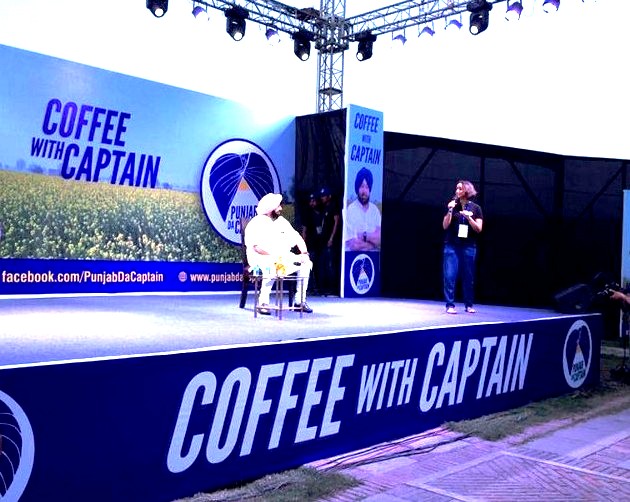 It is a known fact that it was Aam Aadmi Party (AAP) that had started organizing paid meals with political leader as a part of its cheap frolics to be in media and social media. And now when the state is heading towards 2017 assembly polls; Punjab Congress is also going the AAP way of despicable politics.

The only difference between the two is that AAP’s lunches and dinners are aimed at raising funds for the party and its leaders; Captain’s coffee party was held free of cost for a select audience.

But, as it was launch of Campaign, more than 500 people had gathered at a local park to attend the event, where youth raised questions on Captain’s plans to provide them with jobs if he formed government in the state.

Noticeably, it was Prashant Kishore who had extolled Prime Minister Narendra Modi’s past as “Tea-seller” and turned it into a generic outreach with ‘Chai Pe Charcha’ campaign. The same Prashant Kishore has now picked up coffee to promote Captain Amarinder Singh’s electioneering. He has been appointed as the Congress’ poll strategist for Punjab assembly polls and also possesses Indian Political Awareness Committee (IPAC).

It is worth mentioning here that Captain, who comes from the ‘Royal family’ of Patiala, has often come under lot of criticism for his inaccessibility.

An official Facebook page ‘Punjab Da Captain’ has been created especially where the quiz, ‘8 Baj Gaye Kya’ is uploaded at 8 pm every day. Congress has been offering Rs 1,500-worth Flipkart vouchers every day to those who answer correctly and even for those who answer incorrectly as a “bribe”.

“Coffee with Captain” campaign is more or less being billed as an exercise to woo urban voters which are largely divided between the BJP and the Congress in cities like Amritsar, Ludhiana and Jalandhar.

At the end, fact remains that despite of ridiculing Prime Minister of India Shri. Narendra Modi, all these politicians want to copy him. A day is not far when other leaders across nation would be copying him too 🙂