“Congress leaders have long history of having love interests with ladies from foreign land. We all know about the love affairs of Jawarhar Lal Nehru with Lady Mountbatten. Rahul Gandhi followed him to make friends with Columbian girls and now Captain Amarinder is making news for his growing love affair with Pakiatani journalist.” 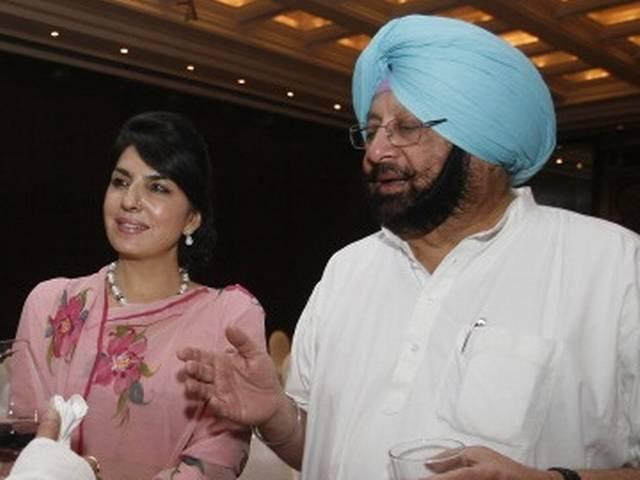 Pakistan media is abuzz about the love affairs of Capt. Amrinder Singh with ISI linked Pakistani journalist, Aroosa Alam. Aroosa is the mother of popular Pakistani actor and singer Fakhar-e-Alam and daughter of notorious “General Rani” who was Yahya Khan’s mistress. Agha Muhammad Yahya Khan, who was popularly known as Yahya Khan was a Pakistani general who served as the 3rd President of Pakistan.

While the brimming love affair between former Punjab CM, Captain Amarinder Singh and ISI linked Pak Journalist is no news; the latest to do the rounds of rumour mills is the secret marriage of these two. Their closeness is often spotted in public domain and media is abuzz with secret marriage.

They have been spending some cosy moment in the hill station of Himachal Pradesh. While Captain had earlier celebrated Aroosa’s birthday at Chail, later they were seen holidaying at Narkanda, near capital city Shimla for more than a week. Although Captian tried to keep a close secret but in vain as his attempt to spend to special moment in a hush manner were not successful. A news report exposed the dubious intention of captain.

Very recently Aroosa’ buying of a huge mansion worth Rs seven crores had raked up all the controversy. It was stated at that time Captain had gifted the house to his ladylove.