The factionalism and internal rifts of Congress party are not hidden from anyone and this is known to be one of the major reasons of Congress’ downfall on the political ground. This is not a new “trend” in Congress when one member would blame other for all the wrong doings. In this battle of blames and lies, Captain Amarinder Singh seems to be taking all the “benefits”. He does not look worried due to these rifts at all, but is constantly trying to turn these internal rifts beneficial for him.

We can do better analysis on the situation by taking the example of Gulchain Singh and Shakeel Ahmed. They were not the strongest contenders but were still given powerful positions. The reason was their “close links” with the royal Singh. Harish Chaudhary, another member when tried to make his point was treated badly in the party, as Captain Amarinder Singh never wants to transfer his powers to anyone else.

Also, as per sources, when Pratap Singh Bajwa was the president of Congress, Amarinder left no chance to take his position and wrote a letter to Mrs. Gandhi saying that bajwa is a “drug lord”. Not just that, when there was doubt of making Mr. Singh, the president of party, he threatened the high authorities to form a new party of his own, after which he was granted the “president” position.

If we look at the recent incident of welcoming Asha Kumari in Punjab, sources claim that this happened because of the Captain himself. He wanted to take charge of the party hence appointed Asha Kumari here.

From all above-mentioned incidents, it is clearly exposed that what Captain craves the most is power and charge. He would never allow someone else to take his position.  But here we would want to remind Captain Amarinder Singh that “TEAM WORK” is a practice that is important to accomplish any project, so you better learn it.

Everyone in Punjab knows about the growing “internal rifts” of the Congress party. Former deputy speaker Bir Devinder Singh and former MP, Jagmeet Singh Brar has been expelled out of the party for not following the party rules, doing anti-party activities, and indiscipline.

Even after getting expelled from the party, Jagmeet Singh Brar continued to speak against former CM, Captain Amarinder Singh and his family. He expressed his frustration towards Amarinder Singh through media and tweets. He was asked to stop these anti-party activities several times and both Prahsant Kishore and AICC general secretary in-charge of Punjab, Shakeel Ahmad, discussed the issue with him. However, getting no positive response from Brar, Congress party decided to expel him from the party “with an immediate effect.”

In a recent interview, Brar claimed to have all the data regarding Amarinder and his family’s Swiss bank accounts. He stated that Amarinder and family have about 860 Crore saved in Swiss bank accounts on the name of Jacaranda trust. He was sure about his claims, and the revelations of ED. He told the media that he would reveal all these details in brief on August 15, 2016. He said that the party has forgiven Amarinder Singh numerous times for his “sins” but this is high time that he has to stand up for his party. He also expressed his discontent on the matter of Khadoor Sahib bypoll, and Talwandi Sabo bypoll.

On the other hand, Bir Devinder lashed out at Amarinder Singh for his alleged affair with Aroosa Alam. He warned Amarinder Singh that if he does not leave Aroosa now, he would have to face the same kind of defeat again in the year 2017.

Hide and Seek of Clashes

Apart from this, main members of the party i.e. Charanjit Singh Channi, Rajinder Kaur Bhattal, Prashant Kishore and Captain Amarinder Singh, they all share “not so good” bond with each other. No matter how much they try to hide their “internal conflicts”, Punjabis very well know about the absence of unity and teamwork of Congress party. 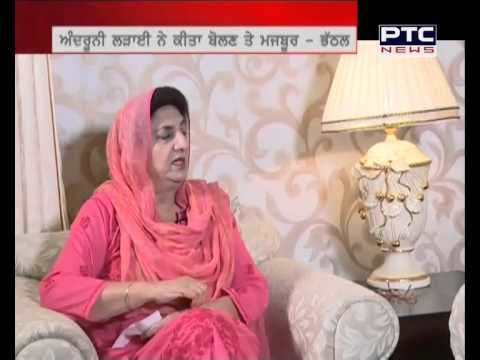 “The former Congress CM Captain Amarinder Singh, under whose command the party has lost two back-to-back elections fighting a losing battle again. Internal feud and differences with state leadership has reached to its peak under Captain’s regime.”

India’s oldest political party is now on the verge of collapse in wake of family legacy. Factionalism has further rusted the party badly. Punjab unit of Congress party is no exception either and things have gone from bad to worse since Captain Amarinder has taken over the rein of the party. There was always leadership crisis in the state unit of the congress party and pinning high hopes on Captain, Congress Vice-President might have wrested power of state with Captain but this move has misfired badly and state leaders are locking horns with captain.

Captain is fighting a losing battle

Even a soldier has no respect in the general who has led the party to a defeat. A good leader is one who can enthuse confidence in teammates keeping their morale high and someone who can motivate them work wholeheartedly for common bigger goal.

Captain Amarinder Singh surely doesn’t fir the bill in this context at Punjab unit of Congress. Popularly known as ‘maharaja sahib’, he cannot tolerate any opposing view within the party and goes to any extent satisfy his ego. Everyone is well aware how he had ensured the ouster of former Punjab Pradesh Congress Committee (PPCC) president, Partap Singh Bajwa.

It is noteworthy that senior Congress leaders, Bir Davinder Singh and Jagmeet Singh Brar have been axed for raising their voice against state leadership. But not only senior Congress leaders but also even the district level party workers have started openly expressing their resentment against captain. Recently in a meeting at Ludhiana, Captain was left aghast by the unruly behavior of party workers. In midst of chaos he was forced to leave the venue.

“The fissures in the factionalism led Congress party seem to have got deepened after Captain Amarinder Singh took over the reins of party in state. Party may be desperate to wrest power from the ruling SAD-BJP regime but internal feud in the state unit has reached at its peak.” 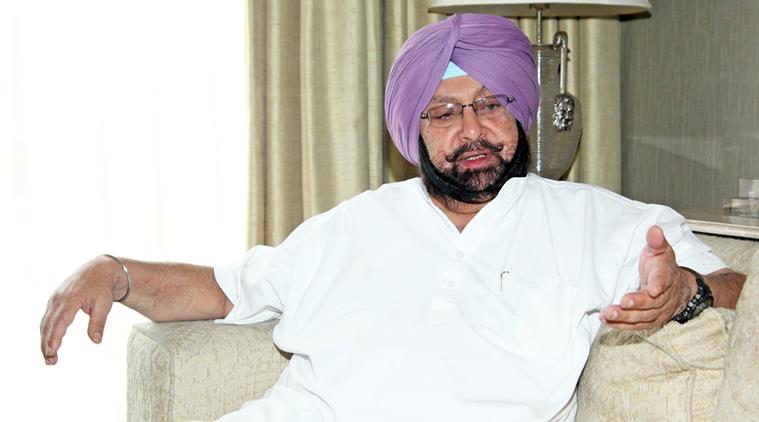 There are no end woes of Congress party in Punjab and as the elections in Punjab are getting closer, situation is getting worse day by day. Growing internal feud and rising difference with state leadership has reduced the party on verge of collapse. The party might have pinned high hopes for upcoming assembly polls scheduled for early next year but in wake of fresh troubles brewing, they might even find it difficult keep themselves afloat.

Captain Amarinder Singh is known for working in a coterie and he has an autocratic style of functioning. His appointment as the chief of the Congress party had sent the shock waves across the party and murmur against him started emerging immediately after he was made the state chief.

Popularly known as “Maharaja Sahib”, captain Amarinder Singh cannot tolerate any opposing views from party. On the other hand senior Congress leaders have started openly raising their voice against the party state leadership. Two of senior leaders have already been axed from the party for resisting against Captain tyrannical style and raising their voice against his misdeeds.

It must be noted that senior leader and former Deputy Speaker Bir Davinder Singh was expelled for stating on record that Congress was fighting a losing battle in the leadership of Captain Amarinder Singh. Senior leader and former MP from Faridkot, Jagmeet Singh Brar on other had openly questioned Captain’s style of functioning and eventually met with the same fate.

“Congress has rather taken the harsh route to take on growing factionalism and growing dissent in the Punjab unit of the party. Ahead of polls, party is not afraid to crack the whip and dissenters are getting axed one after another.” 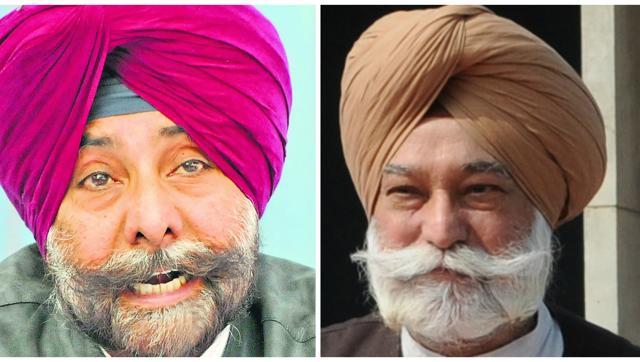 It is noteworthy that Captain Amarinder himself never missed a chance to hit a salvo at his rivals within the party. Former Chief Minister Rajinder Kaur Bhattal and his successors in PPCC like Shamsher Singh Dullo and Partap Singh Bajwa, to many others have faced the burnt of his arrogance.

While Captain is now trying hard to maintain discipline within the party, he himself has been reason for indiscipline for a long with Captain locking horns with several senior leaders in public. It is a well-known epic, how Captain had waged a war against central leadership of party demanding removal of former Punjab Pradesh Congress Committee (PPCC) President, Captain Amarinder Singh.

Trickle down effect that begins with Captain Amarinder at the top goes down till the party cadre level worker. India’s grand old party, which is ruled by autocratic style of functioning, arrogance has creped deep into every member of the party.

Captain, who is known to work with a coterie, had been firing salvos at majority of the senior party workers. Now some of the senior leaders have got the courage to lock horns with him and are questioning his leadership. It must be noted that senior leaders Bir Davinder and Jagmeet Brar had questioned his leadership and predicted that Congress was fighting a losing battle under Captain’s leadership. Both of them faced the burnt of autocratic style functioning of Congress and were expelled without serving a show cause notice.

“While senior congress leaders have started raising their voice against the autocratic style functioning of state Congress chief Captain Amarinder Singh, Captain on other hand is firm on his stand and not willing to mend his working style for the betterment of party.”

Senior Congress leader and former Deputy speaker, Bir Davinder Singh had raised his voice against the autocratic style functioning of Captain Amarinder and he had termed him as inaccessible to party cadre. Realising that other party leaders had started echoing the voice of dissent, captain took the tough stand of snubbing the voice instead of listening to party worker’s woes.

Captain Amarinder made sure that former Deputy Speaker of the Punjab Assembly Bir Devinder Singh was suspended from the primary membership of the Punjab Pradesh Congress Committee. Action was initiated against him on the orders of Captain for what was termed as indulging in “anti-party” activities and Davinder was expelled from the party with immediate effect.

It must be noted here that senior Congress leader and Punjab media coordinator, Bir Davinder Singh had locked horns with Captain Amarinder Singh. Davinder has termed Captain as being inaccessible and raised serious questions over latter’s leadership. Bir Devinder Singh wrote a Guest Column’ in a leading newspaper expressing his doubts over Congress success in the 2017 assembly polls. Davinder publicly questioned his autocratic style of functioning and was irked for being denied the access to captain for over two months.

It must be noted here that Captain had made Davinder, the state media coordinator but still Captain didn’t give time for meeting for over two months. Davinder raised his raise against wrongdoing by predicting that Congress is loosing the battle under the leadership of Captain. But Davinder had to pay a huge price for speaking against Captain.