The Congress-led UPA escalates inequality in their policy slate that allows a narrow portion of the Indian populace to mount vast amounts of wealth. The policies which were sought to enhance the entrepreneurial class as the engine of growth provided that class with the methods to benefit through corruption. The number of scams and scandals rocked the Congress began under the leadership of Dr. Manmohan Singh. And the time Indian electoral began; the Congress was tagged as the party of corruption. It was something that the incumbent party could not shake.

On the flip side of the coin, it is displayed that the Grand Old party of Indian political ground is facing a financial crunch. In the power of ten years, the party took a huge overdraft from the banks while serving at the Centre. The party treasurer admitted to the same but tried to conceal the facts while terming it as a normal thing. The party didn’t even reveal the amount borrowed when asked. Rather they have been quoted saying that it is their personal and internal matter.  But few of the sources peg the amount to be around Rs. 300 crore. 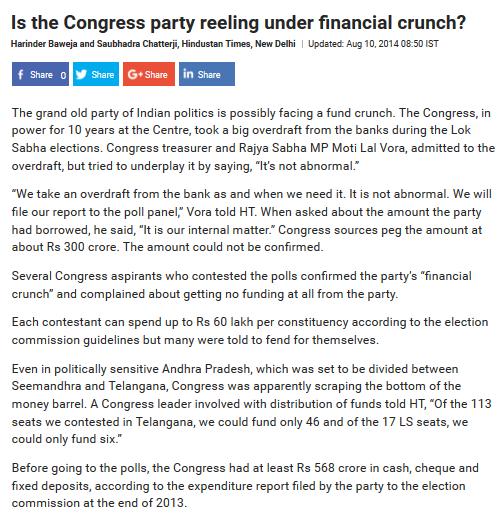 The Congress aspirants complained on getting no fund from the party. Each contender can spend up to Rs. 60 lakh per constituency as per the election commission guidelines but many of them were told to seize for themselves.

The corrupt congress displayed the fake financial crunch to its leaders and public. In fact the reality was something else. It was to defraud the emotions of own leaders. The party involved in different scams and corruption cases. Even today many of the Congress ministers are struggling to prove their innocence before the law.

Spearheaded by Sonia Gandhi, the Congress party has now lost all its charm which was build be the Gandhi clan for years.  Over and above, Mr. Rahul Gandhi (trolled as Pappu) leading the party backwards with his so called antics, statements and speeches!! 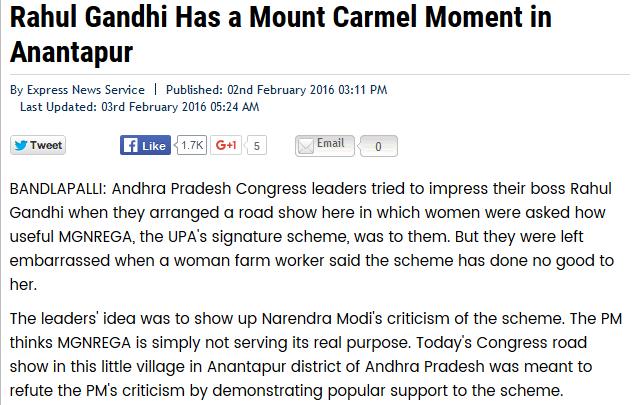 There is no unity in the team and leaders try to drag the fellow members down. Even the Gandhis are blamed for making no-participatory decision. They follow the rule of autocracy while Madam and Pappu rule the empire.

In short, Congress tenure comes to a horrific end. From here there is no scope to improvise and lead in the power. The golden era concludes on a very disturbing note.